Skip to Content
We may earn money or products from the companies mentioned in this post. You can read the full disclaimer below.

Can you eat sourdough while pregnant? There are many pregnant women who want to know. 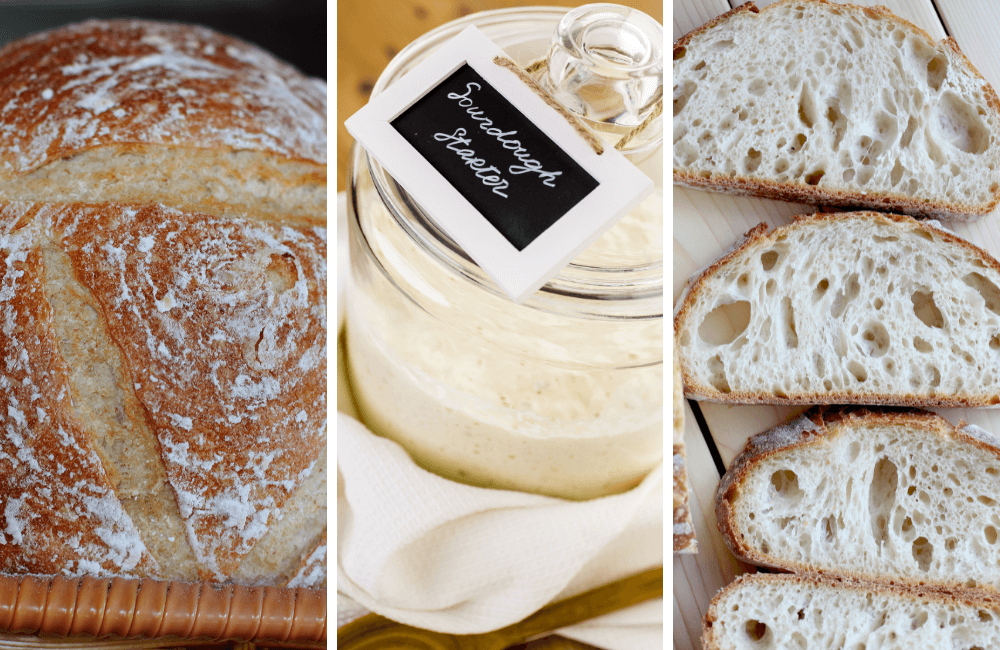 Those who make homemade sourdough bread are particularly interested in knowing whether sourdough is safe during pregnancy because of the sourdough starter used to make bread.

So … can you eat sourdough while pregnant?

The answer is YES for a number of reasons!

In fact, sourdough is an excellent source of nutrition while pregnant!

Sourdough bread is an excellent source of niacin, calcium, folate, and magnesium which are all necessary for a healthy pregnancy.

Why is sourdough sour?

There are many people who want to know what makes sourdough sour?

The sour taste has to do with the fermentation process unique to making sourdough bread.

Commercial baker’s yeast is used for most leavened bread but not sourdough bread.

Fermentation of sourdough bread uses Wild Yeast since this form of yeast can work in an acidic environment with lactic-acid bacteria.

The sour taste is a result of the acetic and lactic acids produced by the bacteria in the sourdough starter.

Lactic acid bacteria are also found in other foods such as yogurt and kimchi which are great for gut health.

Sourdough is safe and healthy to eat during pregnancy for a number of reasons:

There are many old wives’ tales about pregnancy and diet, and one of the most persistent is the idea that pregnant women should avoid fermented bread.

However, there is no scientific evidence to support this claim. In fact, fermented bread can actually be a healthy part of a pregnant woman’s diet.

Fermented bread is made with live bacteria, which can help to improve gut health.

This is important for pregnant women because a healthy gut can help to reduce the risk of pregnancy complications like preterm labor.

In addition, fermented bread is a good source of vitamins and minerals, including folic acid, which is essential for pregnant women.

So if you’re pregnant and craving some sourdough, go ahead and indulge – it’s good for you!

Making sourdough bread is a very different process than what is involved to make other bread.

In order to make sourdough bread, you need to use a sourdough starter.

Watch this video now to see all the amazing benefits of sourdough!

Sourdough starter is a combination of yeast and bacteria and neither is bad for your health:

If the starter is processed to allow the lactic acid bacteria to thrive the sourdough will have a mild sour taste.

If the acetic acid bacteria are the dominant growing bacteria, the sourdough will have a stronger sour flavor.

Specific factors involved in preparing the starter solution will cause different bacteria to thrive and this gives a different taste to the bread: 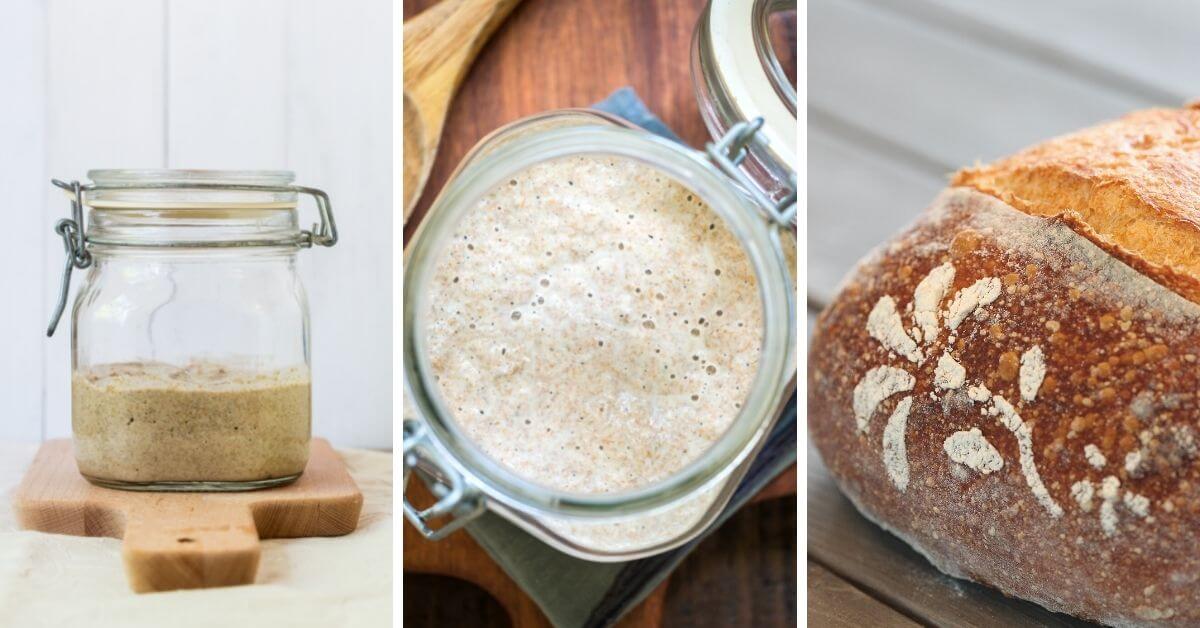 Sourdough bread has a long and storied history, dating back to ancient Egypt.

Since then, it has become a staple in kitchens around the world.

Sourdough starter is a key ingredient in sourdough bread, and it is made by combining flour and water and allowing the mixture to ferment.

This process allows wild yeast and bacteria to grow, which gives sourdough its distinct flavor.

Sourdough starter can also be used to make other fermented foods like beer or yogurt.

While there is some debate about whether the sourdough starter is safe to eat, the consensus seems to be that it is generally harmless.

However, it is important to use a starter that has been well-cared for and has not been allowed to spoil.

If you are unsure about the safety of your starter, it is best to err on the side of caution and throw it out.

There are a few potential side effects to keep in mind when eating sourdough bread.

For example, some people may experience bloating or gas after eating sourdough bread.

And while sourdough bread is generally safe for most people, those with gluten sensitivities may want to avoid it.

Ultimately, whether or not you enjoy eating sourdough bread is a matter of personal preference.

As mentioned above, you could eat too much or react to sourdough with gas and bloating because sourdough bread alters the intestinal flora.

Sourdough bread is not gluten-free. One option is to prepare a sourdough starter with gluten-free ingredients.

Folic acid is a water-soluble vitamin and it is mainly found in leafy green vegetables and fruits.

It is also found in animal products such as the liver and kidneys. Yeast is also a good source of folic acid.

The amount of folic acid found in sourdough bread will depend on the flour used, the fermentation time, and the temperature.

Adding folic acid to flour helps to increase the level of this vitamin in bread. However, the high temperatures used in baking can destroy some of the folic acids.

There are approximately 95 micrograms of folate in a medium-sized slice of sourdough bread.

During pregnancy, sourdough bread (as long as it is prepared correctly) is a great source of nutrition and can be considered to be one of the foods to eat during pregnancy.

The words “sour” and “fermentation” are no more a concern than eating a cup of yogurt.

The two acids (acetic and lactic acid) are what contribute to the taste and are found in vinegar, yogurt, and many other foods we eat every day.

This site uses Akismet to reduce spam. Learn how your comment data is processed.

As an Amazon Associate, HHB Media earns from qualifying purchases.