We may earn money or products from the companies mentioned in this post. You can read full disclaimer below.

If you’re pregnant and craving beef jerky, you’re not alone.

But Can You Eat Beef Jerky While Pregnant?

Unfortunately, eating beef jerky while pregnant can be dangerous for both you and your baby.

But what can you do when you are craving a salty snack?

Many pregnant women are looking for safe alternatives to this popular snack. 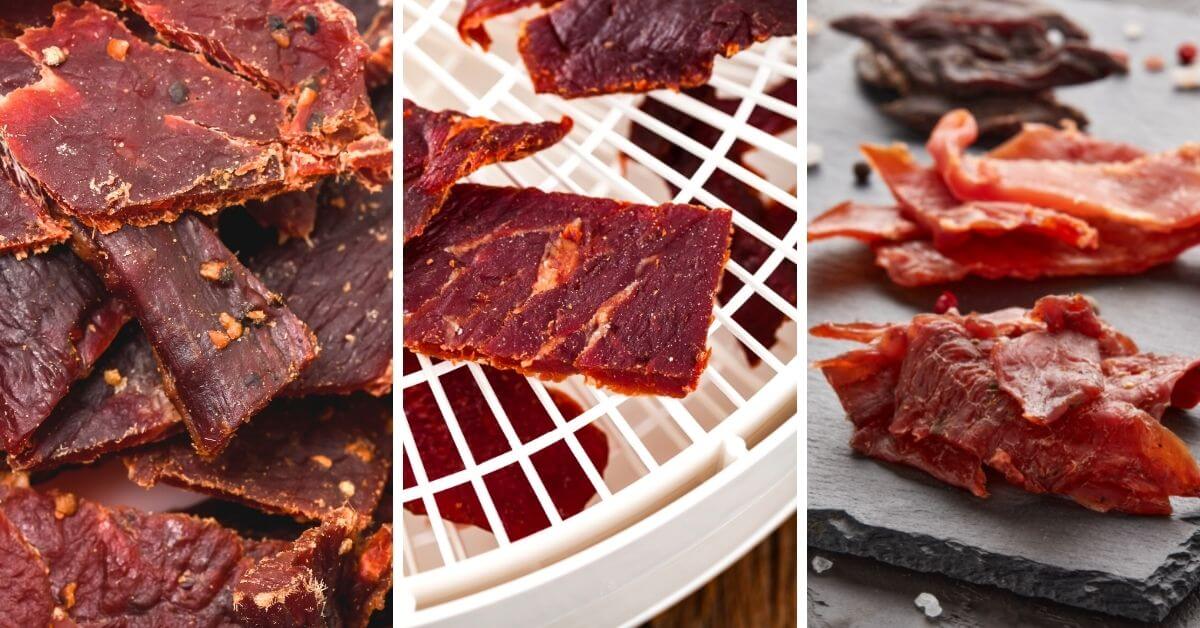 We will discuss the dangers of eating beef jerky while pregnant, and we will also share some safe alternatives that you can try instead!

Can you eat beef jerky while pregnant?

Eating beef jerky while pregnant can be dangerous for both you and your unborn baby.

Most people think the reason you should not eat jerky during pregnancy is that it is often made from game meats.

Eating wild game meat is safe during pregnancy as long as it is cooked properly.

Beef jerky is unsafe because it is dehydrated at low temperatures.

When you are pregnant you should only eat meat that has been cooked to a safe internal temperature of 165 degrees.

Jerky isn’t cooked the way most meat is cooked.

The dehydration process that is used to make jerky often dries the meat out at temperatures between 130 degrees to 140 degrees.

Temperatures that are not high enough to kill off harmful bacteria.

The main concerns with eating beef jerky during pregnancy are the risk of Listeria, Salmonella, Toxoplasma gondii, and e.coli infection.

These are types of pathogenic bacteria that can cause foodborne illnesses.

Symptoms of listeriosis include fever, muscle aches, and diarrhea. 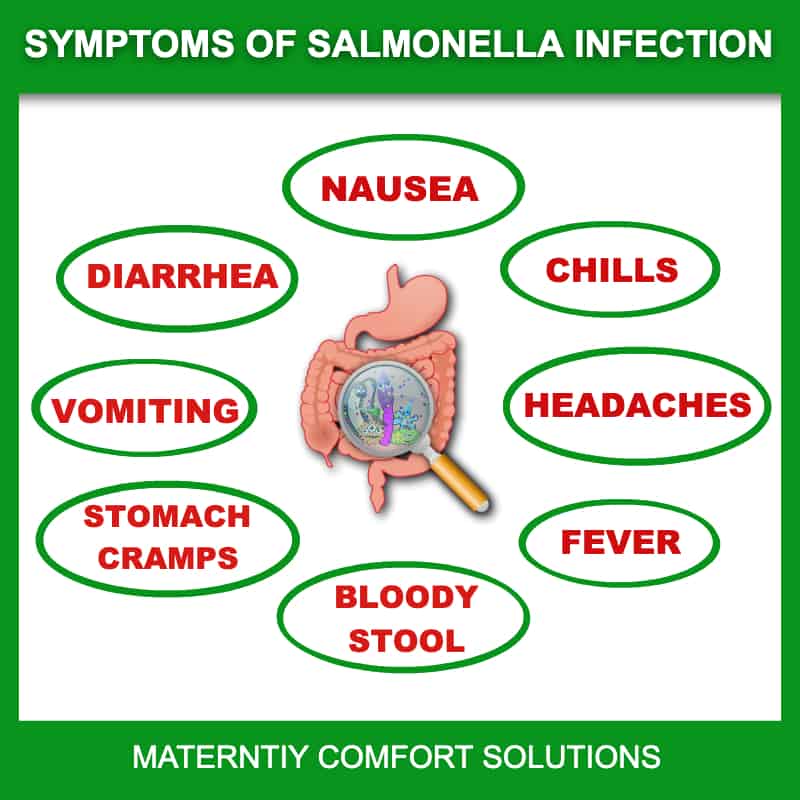 If you become infected with Toxoplasmosis during your pregnancy, you can transmit the parasite to your baby.

Most women know that you can contract Toxoplasmosis from contact with cat feces, but that isn’t the only way.

You can become infected with Toxoplasmosis if you eat undercooked meats such as beef and venison, raw shellfish, raw unwashed vegetables, and fruits.

Toxoplasmosis can cause birth defects and fetal death.

Symptoms of toxoplasmosis infection include:

If you are pregnant and experience these symptoms,

it is important to seek medical attention immediately, as Listeria infection can lead to miscarriage, stillbirth, or premature delivery.

There are some safe alternatives to beef jerky that you can try if you’re pregnant and craving this popular snack.

I found that a very crunch dill pickle, grilled teriyaki steak, or teriyaki chicken skewers were the best substitutes to satisfy my jerky cravings during pregnancy.

Can you eat store bought beef jerky while pregnant?

The answer is no, it isn’t safe.

When it comes to beef jerky and pregnancy, it’s best to err on the side of caution and avoid this popular snack altogether.

Why can’t you eat beef jerky while pregnant?

The dehydration process that is used to make jerky often dries the meat out at temperatures between 130 degrees to 140 degrees.

Temperatures that are not high enough to kill off harmful bacteria.

The risk of a foodborne illness isn’t worth even a bite of jerky.

The safest approach for you as a pregnant woman is to not eat beef, venison, or poultry jerky while pregnant.

What happens if you eat beef jerky while pregnant?

If you eat beef jerky while pregnant, you are at risk of a foodborne illness.

The risk is considered low, so if you already ate some beef jerky don’t panic.

You and your baby will very likely be fine.

But for the remainder of your pregnancy, it is best to pass on eating beef jerky.

Can you eat dried meats when pregnant?

The answer is no, you should avoid all dried meats when pregnant.

This includes beef jerky, as well as other dried meats such as salami and pepperoni.

Dried meats are a common source of foodborne illness, and this can be dangerous for both you and your baby.

The answer is no, beef jerky is not pasteurized.

Pasteurization is a process that kills bacteria, and it is important to avoid unpasteurized foods when pregnant.

Unpasteurized foods are a common source of Listeria and Salmonella infection, and this can be dangerous for both you and your unborn child.

Slim jims are a type of beef jerky, and as we mentioned before, eating beef jerky while pregnant can be dangerous.

So the answer is no, pregnant women should not eat slim jims.

If you’re craving beef jerky, there are some safe alternatives that you can try.

You may find that homemade grilled beef teriyaki or chicken teriyaki skewers can satisfy your cravings.

If you have any questions or concerns, please speak with your healthcare provider.

Can I eat a beef stick while pregnant?

No, you should not eat a beef stick while pregnant.

A beef stick is a type of beef jerky, and as we mentioned before, eating beef jerky while pregnant can be dangerous.

So the answer is no, pregnant women should not eat beef sticks.

That goes for any type of dried meat sticks or jerky.

No turkey jerky is a not safe alternative to beef jerky.

Turkey jerky is made the same way as beef and venison jerky.

It is dehydrated at low temperatures for many hours.

This makes it at a higher risk of harboring bacteria that could harm you or your baby.

Meat has to be cooked to a high temperature of at least 165 degrees to kill off any pathogens.

If you’re pregnant and craving beef jerky, there are some safe alternatives that you can try.

You may be craving a salty or spicy snack.

It isn’t good to have too much salt during pregnancy, so look for healthier alternatives like:

Can you eat beef while pregnant?

Yes, you can eat beef while pregnant.

It needs to be cooked properly.

Do not eat raw or undercooked beef during pregnancy.

Beef is an excellent source of protein that you need to have a healthy pregnancy.

Go ahead and enjoy a steak, buffalo burger, or some delicious venison stew!.

What are some other safe snacks I can eat while pregnant?

Some other safe snacks that you can eat while pregnant include

Can I eat deli meat while pregnant?

The answer to this question is a little bit more complicated than a simple yes or no.

Some types of deli meats are safe to eat during pregnancy, while others are not.

For example, lunch meats that have been cooked (such as ham or turkey) are generally safe to eat.

However, lunch meats that are raw or have not been cooked (such as salami) can be dangerous because they may contain Listeria bacteria.

Generally, if deli meats are heated to 165 degrees and served hot they are safe to eat.

But be cautious ordering cold cut sandwiches out, even if you ask for them hot.

They may not heat them to 165 degrees and the risk of foodborne illness would still be there.

The most common symptoms of a foodborne severe illness from eating undercooked meat are:

Unfortunately, eating beef jerky while pregnant can be dangerous for both you and your baby.

There are safe alternatives and healthy snacks that should be able to satisfy your cravings.

If you have any concerns about what to eat during pregnancy call your doctor or midwife.