Skip to Content
We may earn money or products from the companies mentioned in this post. You can read the full disclaimer below.

That means corned beef dinners, parties, and of course parades.

But can you eat corned beef while pregnant? 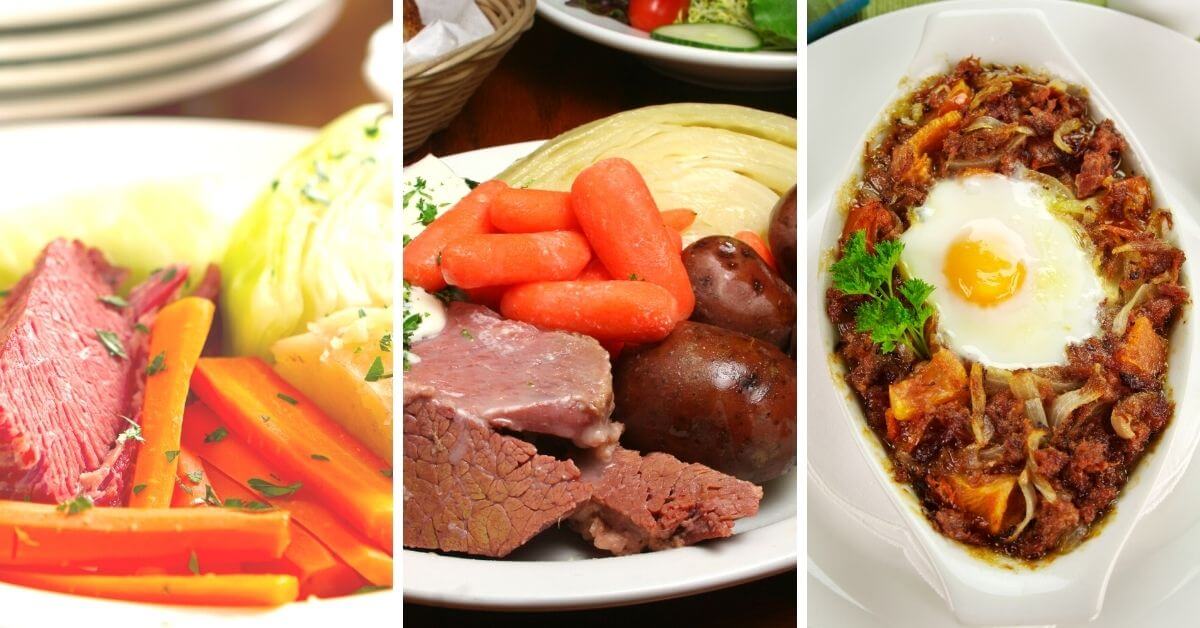 I asked our OB/GYN Dr. Doug Penta, MD if it was OK to eat corned beef during pregnancy.

I was on bed rest for St.Patrick’s day during my pregnancy and remember how much I craved corned beef and cabbage that year.

Can You Eat Corned Beef While Pregnant?

Our OB/GYN said that generally speaking yes, it is safe to eat corned beef while pregnant. But there are a few things to watch out for and keep in mind to enjoy a St. Patrick’s Day dinner of corned beef and cabbage safely.

First, it is important to make sure the corned beef is cooked properly.

The internal temperature should be between 160-165 degrees.

Secondly, Keep an eye on the seasonings.

Corned beef contains a high amount of sodium in the seasoning.

Eating too much sodium can cause swelling, an increase in blood pressure, and excess thirst.

Make sure you drink plenty of water with your corned beef dinner to help flush out the extra sodium from the meal.

Third, Corned beef is a meat that is high in fat.

It should be enjoyed in moderation during pregnancy.

Corned beef is a good source of the mineral iron.

If you are a pregnant woman it is important to make sure that your corned beef is cooked properly.

Undercooked meat can contain harmful bacteria that can cause food poisoning.

Corned beef is usually a tough cut of meat as far as beef cuts.

Traditional corned beef is cooked low and slow until it is fork-tender.

I always use a slow cooker to make it and make sure the meat is 165 degrees Fahrenheit before I serve it.

I want to be sure to kill off any bacteria present.

So be sure to cook your corned beef brisket until it is fully cooked through.

Doing so is the best way to avoid a food-borne illness such as salmonella, listeria, or toxoplasmosis.

Corned beef or salt beef is high in sodium.

We all need to monitor our salt intake, but in pregnancy, too much salt can cause a variety of health issues.

You should try to not go over the daily limit of 2000 milligrams of sodium for healthy adults.

For those of you who are wondering, can you eat corned beef while pregnant? The answer is yes, you can.

However, moderation is key.

Corned beef is a high-fat food, and eating too much of it can lead to weight gain.

It is also red meat and much like roast beef consuming too much red meat increases your risk of heart disease and risk of cancer.

A 3-ounce serving is a good portion size to aim for.

Enjoy potatoes, carrots, cabbage, or a fresh salad made with your favorite greens.

They do sell cold corned beef at the deli counter.

If you are pregnant you should not eat deli meats or cold cuts.

Corned beef that you cook at home like the traditional corned beef and cabbage dinner is not considered deli meat.

As long as you cook it to an internal temperature of 165 degrees it is considered safe to eat.

Canned corn beef is considered safe to eat during pregnancy.

You do need to heat it to 165 degrees before you eat it.

I would often get a craving for corned beef hash or a corned beef sandwich in the middle of the night.

Deli meat should not be eaten during pregnancy.

If you are making corned beef hash the same principles apply.

Canned corned beef hash is considered safe to eat during pregnancy, but must be cooked/heated until it is 165 degrees.

I don’t know if it was a craving for salty food or the salty brine that the meat is cooked in but I craved it often during pregnancy. 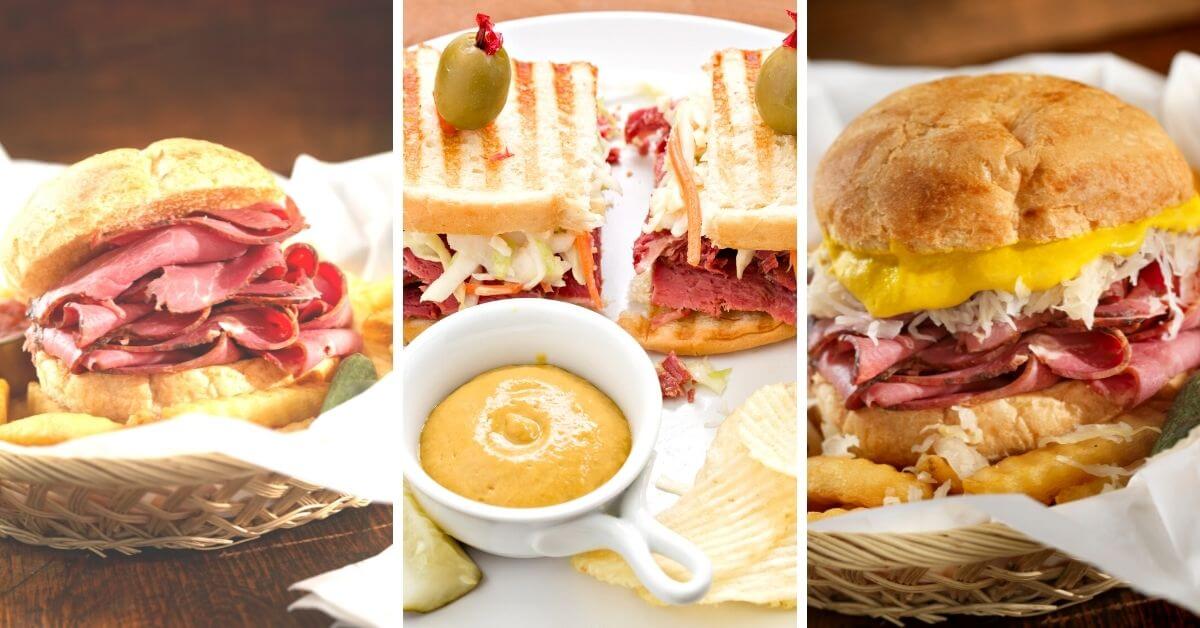 Are Reubens safe to eat while pregnant?

Reubens that are served hot or Reubens that you make yourself at home from a cooked and reheated corned beef are safe to eat while pregnant.

Reubens that are served cold or made with deli meat that has not been heated to 165 degrees should not be eaten during pregnancy.

Can you eat pastrami while pregnant?

No, pastrami is not safe meat to eat during pregnancy.

Pastrami is considered a cold cut and meat you would buy at deli counters.

Cold cuts are not considered safe to eat during pregnancy due to the risk of foodborne illness.

They can negatively impact you and your baby’s health and should be avoided while pregnant.

What meats should you avoid when pregnant?

The health risks of eating the above types of meat include foodborne illnesses such as salmonella and listeria bacteria.

It is so important to cook all meats to their safe recommended temperature.

What are the symptoms of eating undercooked meat while pregnant?

The most common symptoms of a foodborne severe illness from eating undercooked meat are:

That means it’s time for traditional corned beef dinners, parties, and of course parades here in the United States.

Now you know you can safely enjoy corned beef this St. Patty’s day!

The most important takeaway is to make sure the corned beef is cooked or re-heated to 165 degrees before eating it.

This site uses Akismet to reduce spam. Learn how your comment data is processed.

As an Amazon Associate, HHB Media earns from qualifying purchases.